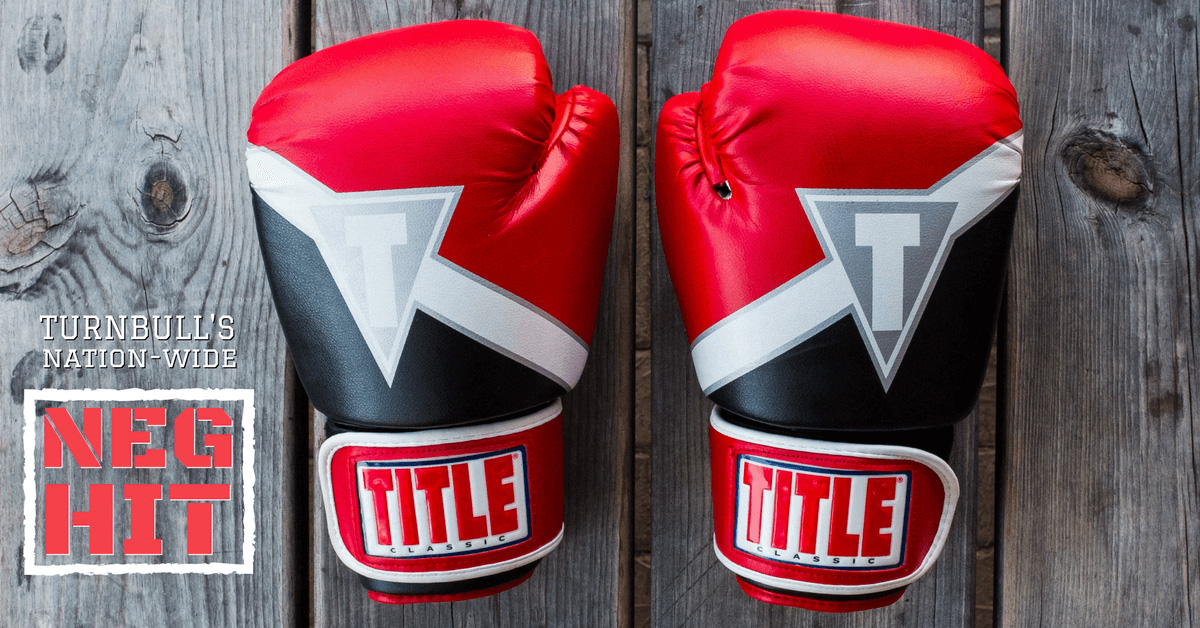 ‘Negging’, also known as a ‘neg hit’ for short, is the act of undermining a person’s confidence with backhanded compliments or snide remarks. It’s a practice commonly used as a seduction tactic and promoted by mens-rights and alt-right type ‘pick up artists’ like Julien Blanc.

A charming example of this type of behaviour would be: “You’re hot enough to be girlfriend potential, but you’re obviously too high maintenance for me.”

While they may gain traction in alt-right sub-reddits and other spaces where vile people hang out, at their heart people who engage in this kind of behaviour are deeply insecure and pretty damn unpopular amongst decent, ethically-minded communities.

Of course it’s not limited to the context of men trying to pick up women.

So what’s this got to do with Australia’s energy ‘debate’?

Malcolm Turnbull’s new three letter energy slogan is NEG - the National Energy Guarantee. The acronym is just the start of the similarities with negging.

Turnbull and his overwhelmingly male Liberal-National government are deeply unpopular and insecure. For 21 Newspolls in a row the Coalition has been behind Labor on a two-party preferred basis. The latest poll showed the government slipped even further behind Labor at 46-54%. Turnbull’s overall satisfaction rating recently slumped from the gutter and tumbled down the drain, falling from -17 to -24. Poor Malc is about as popular as a rattlesnake in a lucky dip - both within his own party and with the Australian public.

Meanwhile, Australians LOVE renewable energy. Nearly 3 million of us live under a roof with solar on it, more per capita than any other country on Earth. Last year, research found 60% of Australians agreed with the statement, ‘Renewable energy is the solution to our energy needs’. A new Guardian Essential poll shows that support for a Clean Energy Target is at 65%. People understand that climate change is happening, energy is too polluting and expensive, and a smart mix of renewable energy is the most attractive solution.

See where I’m going with this?

Renewable energy is popular. The Clean Energy Target (CET) is a relatively straightforward way to encourage investment to upgrade Australia’s aging, expensive, polluting grid with smart, clean, renewable energy. It was recommended by Australia’s chief scientist, Alan Finkel, who earlier this year released a report which was supposed to fix the mess that is Australia’s energy grid. Finkel’s report isn’t perfect and was criticised from many sides, environmentalists and coal-huggers alike. While a price on carbon pollution would work better, economists agree that a strong CET could help reduce carbon pollution and transition the economy to renewable energy.

But, for some reason - which couldn’t possibly have anything to do with donations from the fossil fuel lobby, the promise of a lucrative coal job after politics or influence from the big 3 energy retailers - the current crew in charge don’t want to support the uptake of renewable energy.

Instead, they’d prefer to neg hit renewables. If you listened to our government, this world-saving technology is too ‘unreliable’, ‘intermittent’ and ‘expensive’ to bother supporting.

Just think back to the South Australian blackouts last year - blaming the power outage on renewables instead of the massive storm that ripped up electricity poles and wires? Slick moves, sleezeballs.

Recently Liberal MP Craig Kelly even went as far as to claim renewables will kill people, despite coal already doing a very good job of that.

Turnbull’s (or should I say Tony Abbott’s) National Energy Guarantee is really just another plan to pander to polluters. Details are threadbare, but the NEG is clearly designed to slow the transition to renewables, protect the big energy retailers and fossil fuel companies, and help them profit from keeping prices high.

While many of the world’s largest economies push to rapidly decarbonise their energy systems, our current government goes after renewables with either backhanded compliments or outright hostility. This is classic ‘negging’, and it’s designed to undermine public confidence in renewables.

They want to tie us to coal, a technology so old it powered economies in which women had no rights to even vote.

Rather than do the good thing, the right thing, and the popular thing, Malcolm Turnbull continues to put politics before people. But Australians are seeing through the spin.

Perhaps the greatest symbol of the fight for renewables over fossil fuels is Adani’s proposed Carmichael mine. If you can leave aside the shady activities of the Adani company (check out the recent 4 Corners expose), the $900 million taxpayer-funded railway, the 60 year free water licence, the cozy royalty holiday - if you can leave all that to one side the mine is still going to be an unmitigated disaster.

Adani’s Carmichael mine would be the largest coal pit in the southern hemisphere. If all the coal in the Galilee Basin is burned, it would rank as the 15th worst emitting ‘country’ all on its own. The mine is next door to a literal Wonder Of The World, the Great Barrier Reef, where coral is being destroyed by warmer waters. 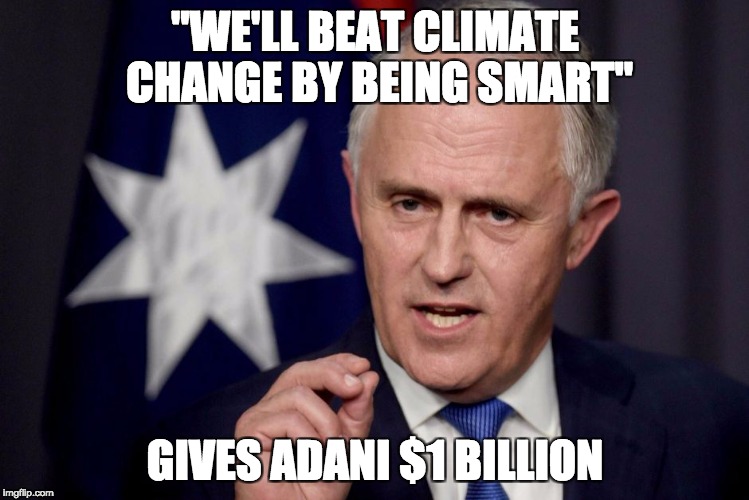 But it’s not all doom and gloom.

All over Australia, thousands of people are seeing through Turnbull’s renewable energy neg hits. The #StopAdani campaign is drawing attention to the lunacy of backing new coal in 2017.

The land’s traditional owners, the Wangan and Jagalingou people, are fighting for their right to clean air, land and water in the courts. Groups like the Australian Youth Climate Coalition are standing up for the right of today’s youth to have a safe climate for their future.

There are so many inspiring actions happening in this place, it’s easy to wonder where to start to make a difference. We asked ourselves the same question, and realised that we could help everyday Australians make a difference themselves and make a direct contribution to the cause at the same time.

So in support of the important work these organisations do, this month we are chipping in to help #StopAdani with a $50 donation on behalf of everyone who makes the switch to fossil free super.

If you’re sick of the government’s climate denialism, you can vote for a safe climate every day. It takes just 2 minutes to break ties with the coal, oil and gas companies other super funds love. Instead, can put your super to work building Australia’s clean energy future.